What if? By Erin DuBroc 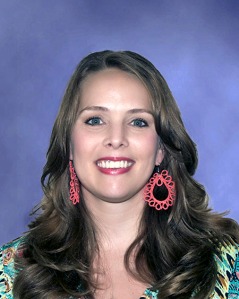 When I was asked to share what motivates me and my husband to bring our family to church throughout the week, I had to laugh as the first idea that popped into my head was self-preservation. The throes of young parenting can be tough, and who doesn’t love free coffee, childcare, and spiritual refreshment from the late night, early morning, and hormone-wrecked trenches? More than that, who doesn’t appreciate being able to show up somewhere exactly as they are and be greeted by empathetic smiles, sincere kindness, and real talk?

For me, time at South Main embodies Jesus’ words, “Come to Me, all who are heavy-laden, and I will give you rest.” Inhale. Exhale. Reset. Plus, there’s a whole lot of Jesus in and through the grounds and people of South Main, and I need more Jesus every second of the day.

What if we realized we can show up as the person weak and weary from whatever trials we’re walking through and be loved by others in our church family regardless if we know them well or not? Conversely, what if we sought to be that blessing to others when we’ve made our way out of the valley and encounter someone who’s in one of their own? To give and receive, by God’s grace — that’s one of the aspects of South Main I deeply appreciate.

What if… By Ragan Courtney

My childhood games were exciting and fulfilling as we started off new adventures with, “What if…”. What if I was not a third grader, but a cowboy in the old west?

I remember going to the Dixie Theatre on Saturday afternoons to see the movies that ran matinee serials with cliffhanger endings. On Saturdays I was fortunate if Roy Rogers was starring in the movie. I loved him, his singing, his horse, his sidekick, and even his girlfriend, Dale Evans. With only a few blocks to travel to get back home, I would ride Trigger down the sidewalks of that small, southern town because I was Roy Rogers. If I had seen earlier that his picture would be playing, I would borrow one of Mama’s silk scarves that she used to tie back her hair while doing housework. Instead of wearing the scarf on my head, I wore it tied around my neck like Roy did and it would flutter in the breeze stirred up as I galloped back home. I was not on a horse really, but I was running in a steady, skipping gallop; as I said, I was Roy Rogers.

What if it was Roy Rogers who called me to study theatre and not God like I told my dad when as a young adult, I dropped out of the New Orleans Baptist Theological Seminary to move to New York?

What if the lessons I learned so early in Sunday school and seemed to abandon in my move north were really true?

What if Jesus did love the little children, all the children of the world, red and yellow, black and white?

What if we were all part of the family of God?

What if the homeless people who hang around the periphery of our church are really part of our family?

What if his command to love one another like he loves us was taken literally for what it says?

What if we stopped playing like we were Jesus and realized that Christ in us was the hope of glory and the only hope for our world?